Words and music by Joe Tunon. Narration by Don Jackson.

Switching hats, I've also been a musician playing in bands through the 80s and 90s, before going solo around 2010. In 2015, a back injury forced me to stop playing for two years, giving me the unplanned time to convert the Bible summary into music. I always wanted to do a "Godspell" or "Jesus Christ Superstar" type album, but one that covered the whole story, not just the Gospels.

I completed the first draft of the Bible album, “12 Stories", in 2017, and after I recovered from my injury, I started presenting it to different churches. It was incredibly inspiring to see people’s reaction to hearing the whole story in one shot for the first time, whether they were beginners or advanced.

In January of 2020 there was yet more unplanned down time with the pandemic lockdown, so I re-recorded the songs with the acoustic guitar ("The Bible Unplugged"), and then finally with piano, bass and drums. All that was left for the album was a good definitive name. After much deliberation I decided on: "The Bible Album". (Pretty clever, huh?)

In the live presentation, I'll introduce each song with the part of the story that it tells to make it easy to understand the lyrics. But for the album I got my good friend and public announcer Don Jackson to narrate one-minute teaser intros for each song. 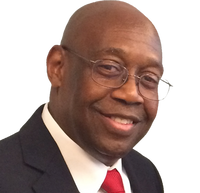 If you can keep up with the intros and lyrics for the 12 songs, you can get the gist of the whole story in about an hour! (If it helps you to read along, click the "info" and "lyrics" links next to each track for the words.)

I hope you enjoy listening to it as much as I enjoyed writing it!